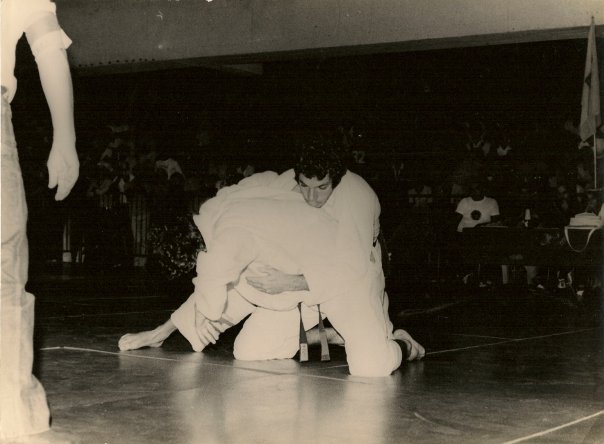 The term jiu jitsu has historically been used to describe a wide range of grappling-centered practices but now refers to the Japanese type of grappling-style martial art. Through the practice of traditional Japanese jiu jitsu came the Brazilian jiu jitsu practice, which became popular over time after Carlos Gracie and his family got involved. The Gracie family produced several of the most skilled Brazilian jiu jitsu athletes. They eventually founded the Gracie Barra school and trademarked the Gracie jiu jitsu name.

Gracie jiu jitsu allows for successful self=defense, even when you are much smaller than your larger, heavier opponent. The focus is on leverage, timing, and natural body movements, often using your opponent’s weight against them}. Gracie jiu jitsu differs from other martial arts taught in Dardenne Prairie, MO in that it does not rely on striking movements, but instead on locks, chokes, and takedowns.

Gracie jiu jitsu has deep roots and a fascinating history that spans generations and reaches across the globe. It starts with jiu jitsu. Jiu jitsu is a martial art practice that began in ancient times. The exact origins are not known, though many believe it began in India. However, components of jiu jitsu have been noted in the ancient cultures of Greece, China, Rome, and other regions. A combination of such elements and a the refining efforts of the Japanese are responsible for the practice we recognize as jiu jitsu today.

Gracie jiu jitsu, though, does not develop until after jiu jitsu moves from Japan to Brazil by way of one exceptional student of the art named Mitsuyu Maeda (who eventually came to be known as Count Coma). Count Coma traveled the world, finally making his way to Brazil. In 1914 Coma performs a jiu jitsu demonstration in Brazil, where Carlos Gracie first sees him. Carlos Gracie, who was a small-built boy of only 14 years at the time, became a jiu jitsu student under Count Coma.

Carlos Gracie Jr. took over as Head Instructor of the Gracie Jiu Jitsu school in 1983. He was attending school in nutrition when his brother, Rolls, suddenly passed away in an accident. Carlos Gracie Jr. decided to move his school to a new neighborhood called Barra de Tijuca, which is where the name Gracie Barra jiu jitsu comes from. Gracie jiu jitsu goes from local to national to international, being introduced to countries like the US by 2000. Master Gracie Carlo Jr. moved the Gracie Barra headquarters and personally relocated to California, USA in 2005. We are privileged to have Head Professor Mike Buckels with us at Gracie arra O’Fallon, who trained under Master Carlos Gracie Jr.