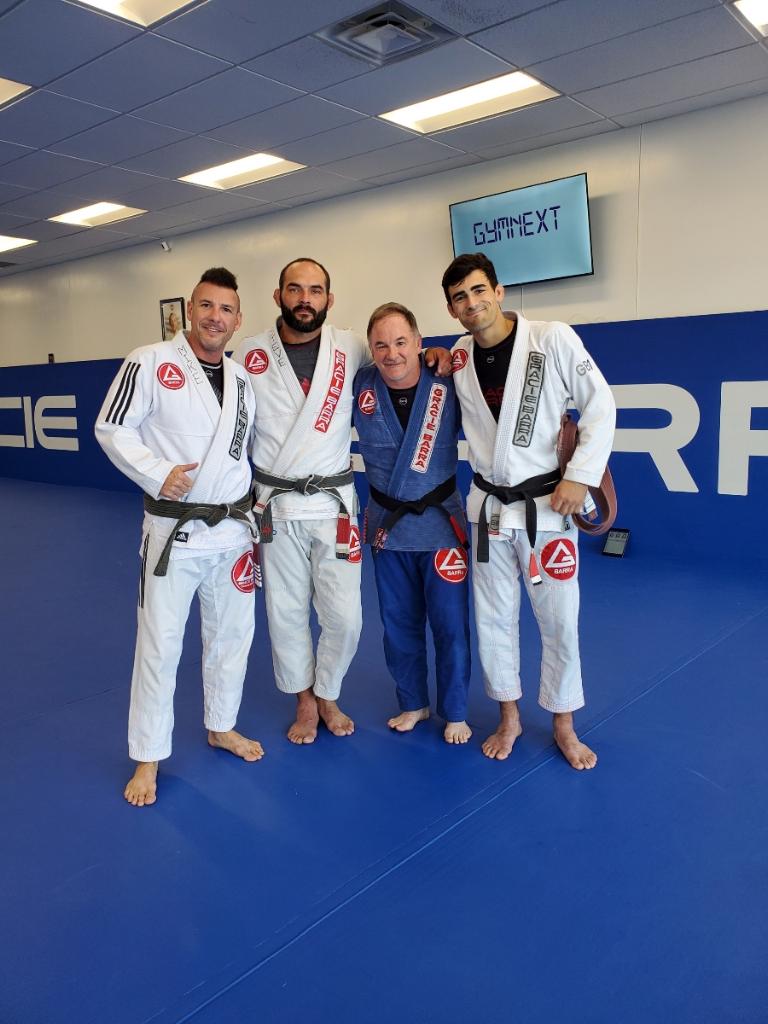 Professor Tim Higgins has been a Gracie Barra student at our O’Fallon/LSL location for 10 years, and started training shortly after turning 50 years old! Professor Tim tells us about his journey to black belt and what inspired him to stick with it. “[I’ve] wanted to learn jiu jitsu since I was a kid and saw it in the back of a comic book,” Higgins said. “I never had a chance to do it where I lived. Then 10 years ago we were looking for some martial arts to enroll my son in and I started noticing this place called Gracie Barra that had only opened a few months ago by me.” After enrolling his son, Higgins was intrigued by the classes and decided to try it out. Before he knew it, he was hooked! Higgins had had some previous jiu jitsu training while in the Marines, and when he found Gracie Barra he feared that he was getting too old to do it. “However, I never once felt like I was a punching bag or looked down upon because of my age,” Higgins said. “The instructors were great, and by the time I made blue belt, I knew that as long as the body held out I was going to reach my personal goal to become a black belt.” After 10 years of training, he finally reached his goal of receiving his black belt by Professor Mike Buckels. “[It feels] weird, fulfilling, and scary at the same time,” Higgins said. “Weird because you crossed a line that you spent 10 years to reach. Fulfilling like running a marathon and you just finished. Scary like a bigger target to deliver is now on my shoulders while still having more to learn.”